When writing a good test, we would like to cover all possible functions (or execute all code lines), what I will recommend to do is write a simple test, run code coverage on it, and use codecov.io to determine what lines are not executed. This gives you a good idea of what needs to be in the test and what you are missing.

What is code coverage?

Code coverage is a measurement used to express which lines of code were executed by a test suite. We use three primary terms to describe each lines executed.

Coverage is the ratio of hits / (hit + partial + miss). A code base that has 5 lines executed by tests out of 12 total lines will receive a coverage ratio of 41% (rounding down).

Below is an example of what lines are a hit and a miss; you can target the lines missed in the tests to improve coverage. 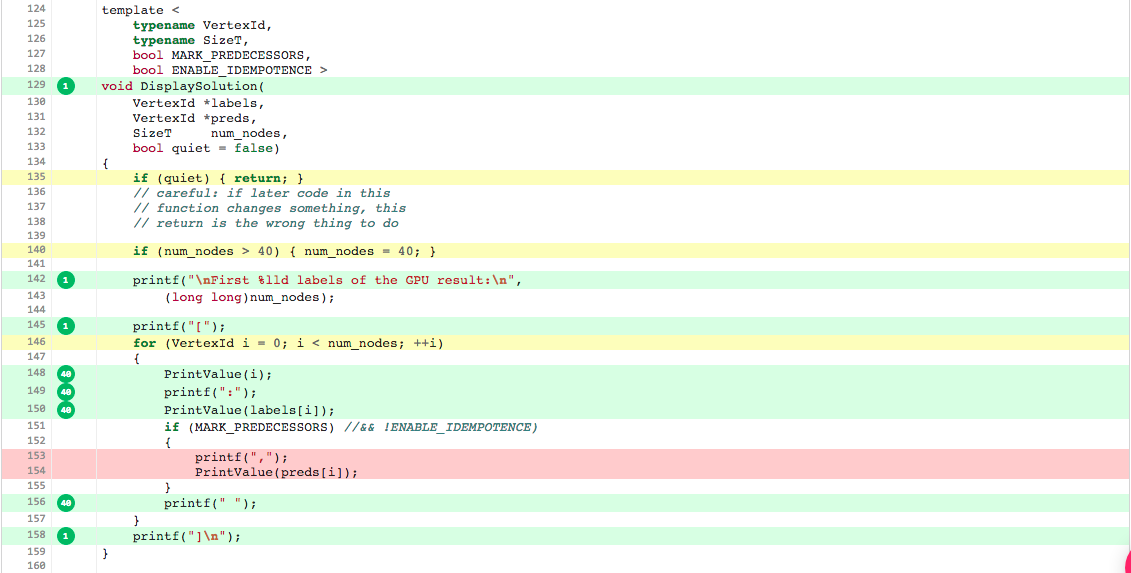 From here you can search these documents. Enter your search terms below.